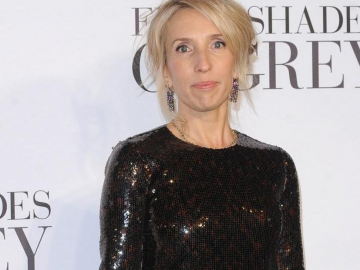 Top 10 Sexiest Male Celebrities 2015: No.8 - Jamie Dornan
16th नवंबर 2015 @ 04:45am
Today we are bringing you number eight on our list of the most sexy men in the entertainment industry

Jamie Dornan divorce rumours an expected consequence of acting success?
30th अगस्त 2015 @ 11:24am
Regular reports of Jamie Dornan getting a divorce are being viewed by some fans as an unfounded rumour that generally accompanies new sexy leading 'marr ...